We’ve worked with Sunderland BID on a number of different campaigns over the past 12 months and have worked on Sunderland Restaurant Week since it started in September 2016.

March 2017 saw the return of the bi-annual restaurant week and we ran a similar campaign as the first one – using 6 different themes across a number of platforms including print, web & social media with 1000’s of printed flyers, posters and table tents.

Station taxis sponsored this event and we were responsible for designing the advertising material that was used across their fleet.

We can’t wait for the next one! 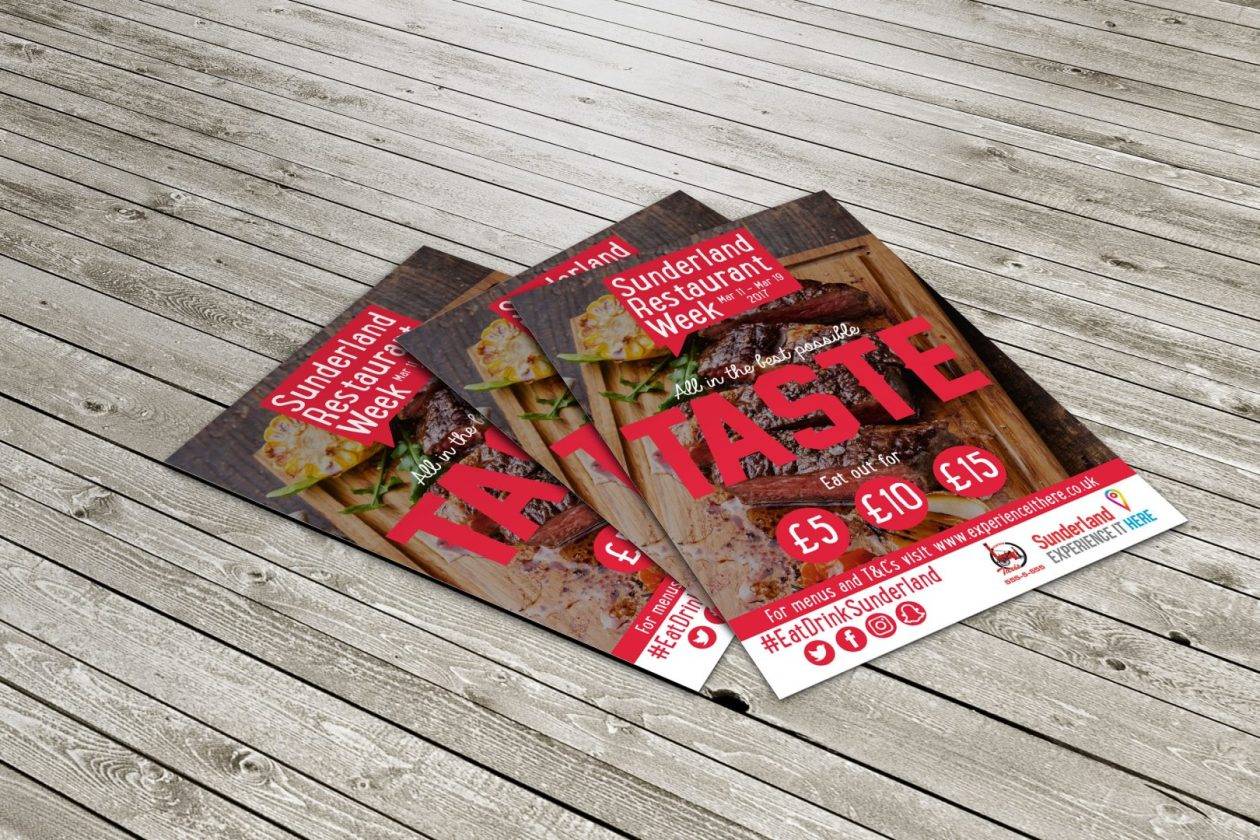 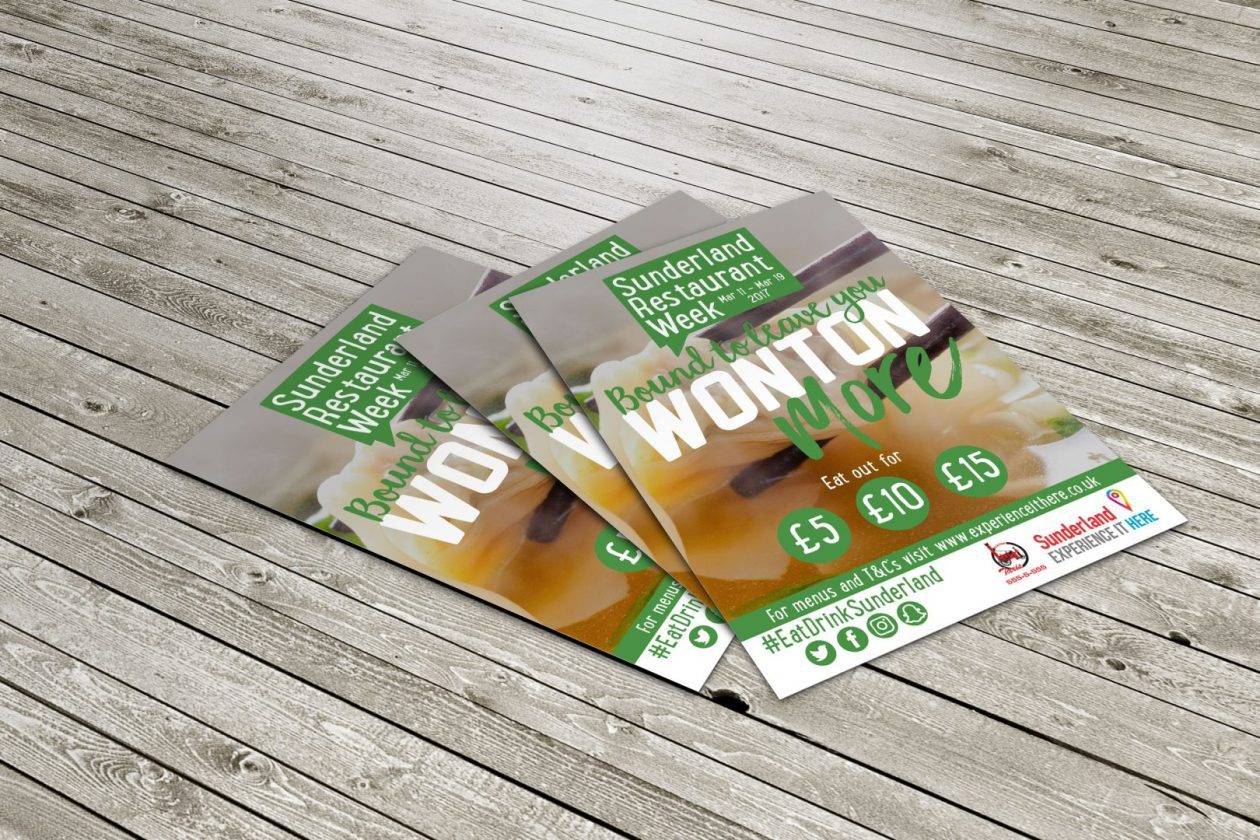 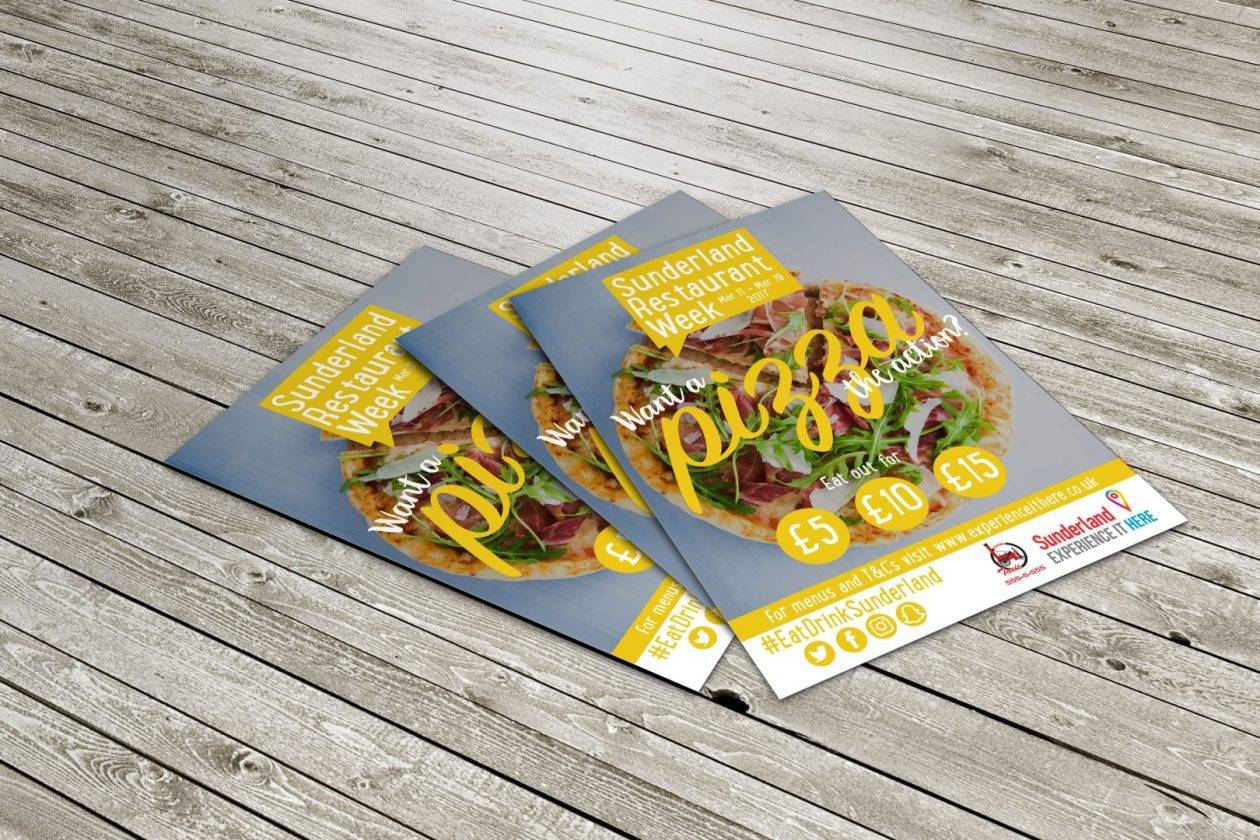 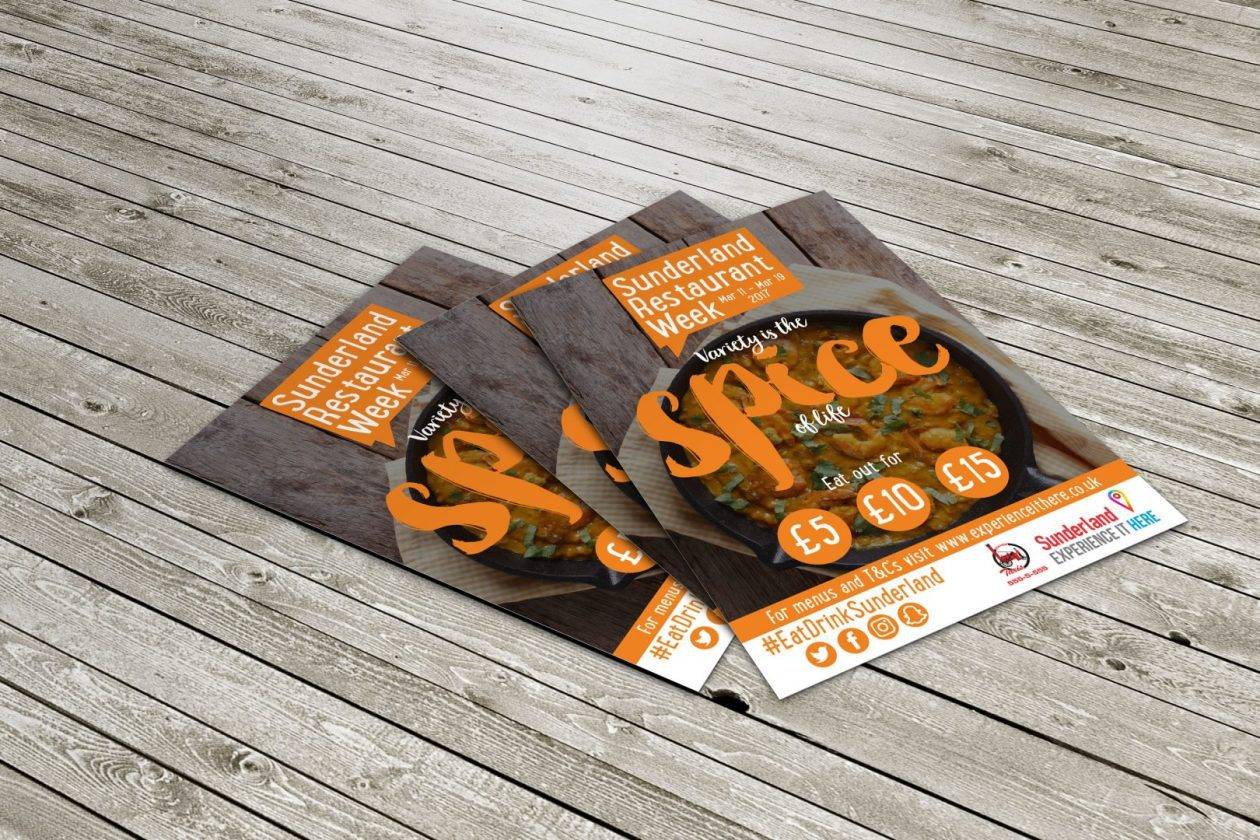 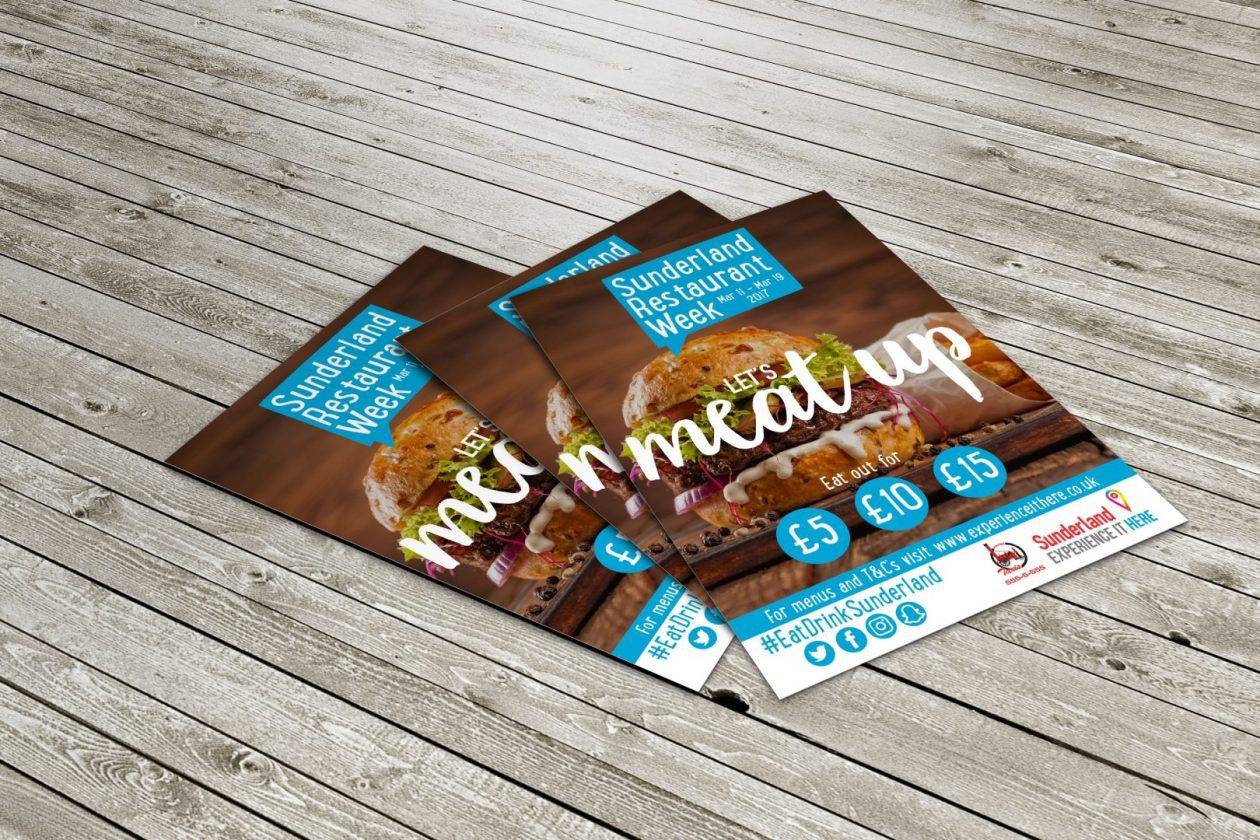